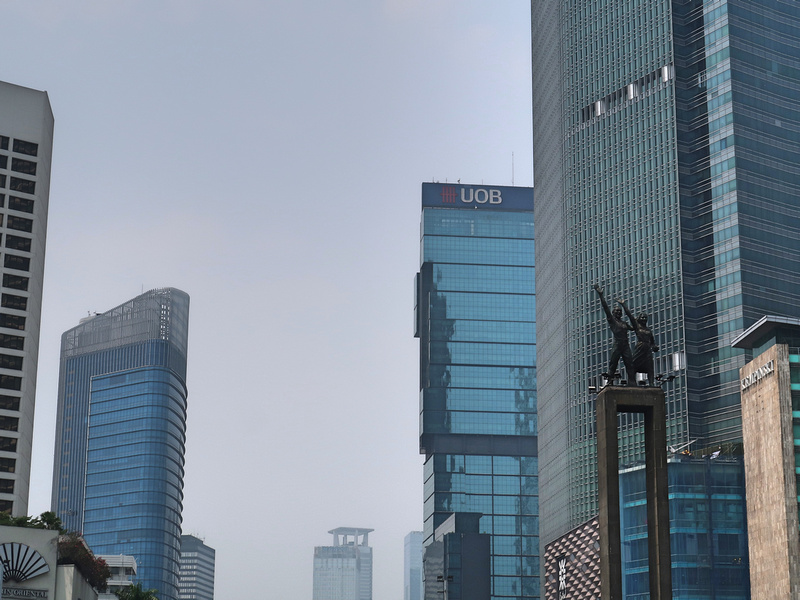 Jakarta is the biggest city in Southeast Asia in terms of population and building height. While Bangkok and Kuala Lumpur have more well known skyscrapers, Jakarta has the biggest overall skyline. It’s ranked tenth in the world for the number of buildings over 200 metres.

Even though the government has announced that it will move the capital to a new location in Borneo, Jakarta will still be the financial capital of the country. With over 30 million in the greater metropolitan area, it’s business as usual in Jakarta. In fact Jakarta is anticipated to be the biggest megacity by 2030 with 35.6 million people.

Here are some of the major projects planned or underway in Jakarta.

No talk of a future Jakarta can proceed without first mentioning the Giant Sea Wall Jakarta project. There have been so many news reports about how Jakarta is sinking into the sea that you would be forgiven for thinking if Jakarta had a future at all. Like many coastal mega cities in Asia, Jakarta has to prepare for such a future.

The Giant Sea Wall Jakarta is a seawall (a giant one, in Jakarta) that is planned to protect the city from the double whammy of rising sea levels from climate change, and sinking from groundwater depletion.

The proposed seawall will be shaped in the form of a Garuda, the national symbol of Indonesia. To offset some of the estimated USD $40 billion cost, The project will reclaim land and create a new urban area on the wall and on artificial islands. The new city could hold up to 2 million people.

While the seawall will solve one problem, it will also produce another with the water from the polluted rivers and canals now being trapped inside this man-made lagoon. This may also be a catalyst to fix up the toxic waterways that currently drain into the Java Sea. 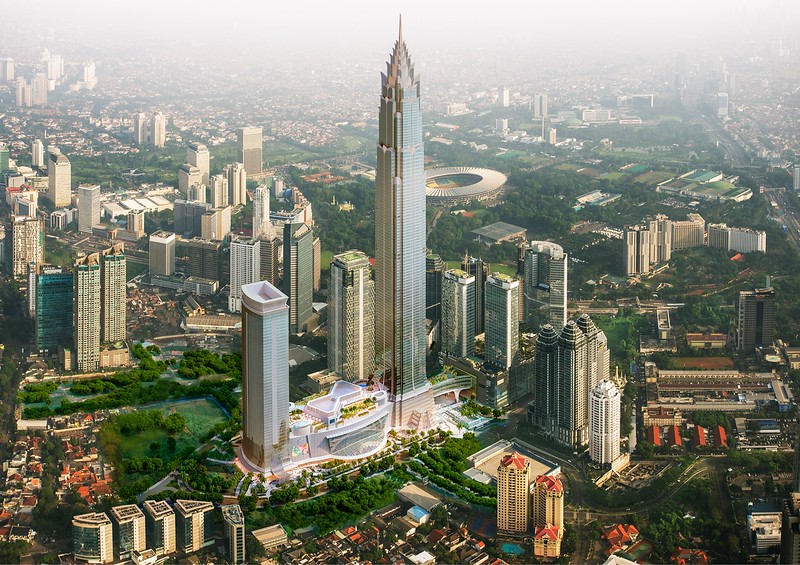 Signature Tower Jakarta is a planned 638-metre tower located in Jakarta’s SCBD (Sudirman Central Business District). This 111 floor megatall project was first announced in 2011 but it has yet to start construction.

If you’re tired of plain blue glass towers then this one is for you. Peruri 88 is a proposed skyscraper that will be 389 meters heigh. While it’s not the tallest planned building in the city, it’s certainly the most unusual.

The building is an amalgam of stacked urban blocks and it will include a hotel, office space, and residential apartments.

Manggarai Station will become the new central station of Jakarta, replacing Gambir Station. The current Manggarai station is being expanded to house three levels of platforms, making it almost as large as the Bang Sue Central Station project in Bangkok. Manggarai will be an interchange for commuter rail, long distance trains, and the Soekarno-Hatta Airport Rail Link. There will also be commercial and residential building attachment, and a 5 star hotel.

This may seem like an overly large station to serve a railway on one island. Remember though that Java is the most populous island in the world with over 140 million people. 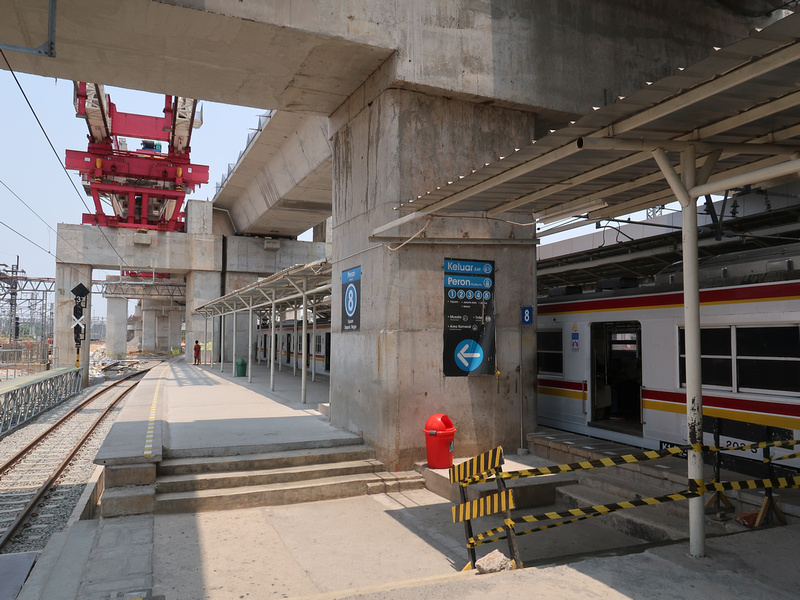 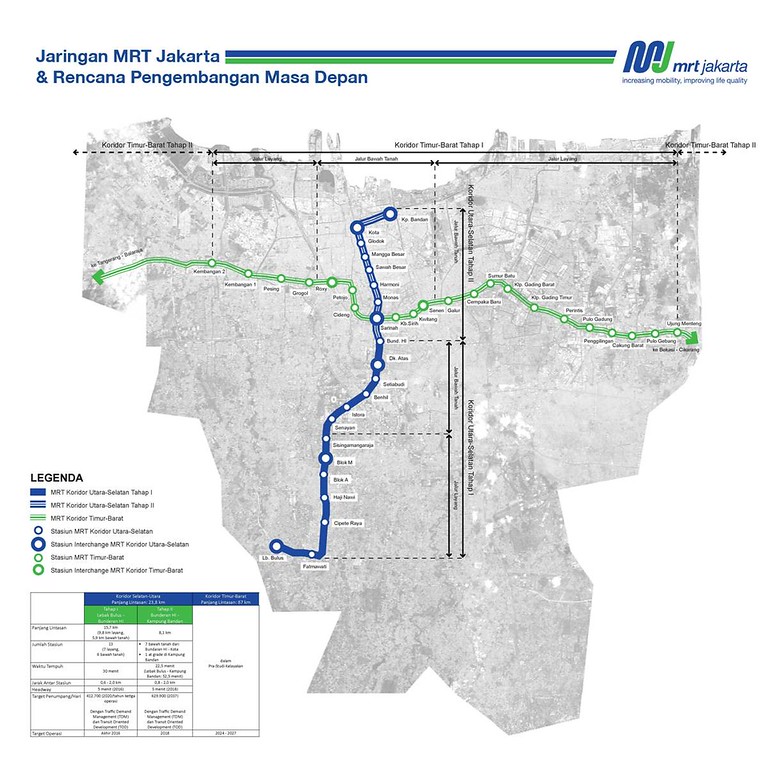 Line 1 of the Jakarta MRT opened in March 2019, with extensions at each end planned. A second east-west line is also planned, which will junction with line 1 at Sarinah Station. Ultimately the the city is going to need a much bigger metro system, but this cross formation will at least be a good foundation upon which to build more lines in the future. 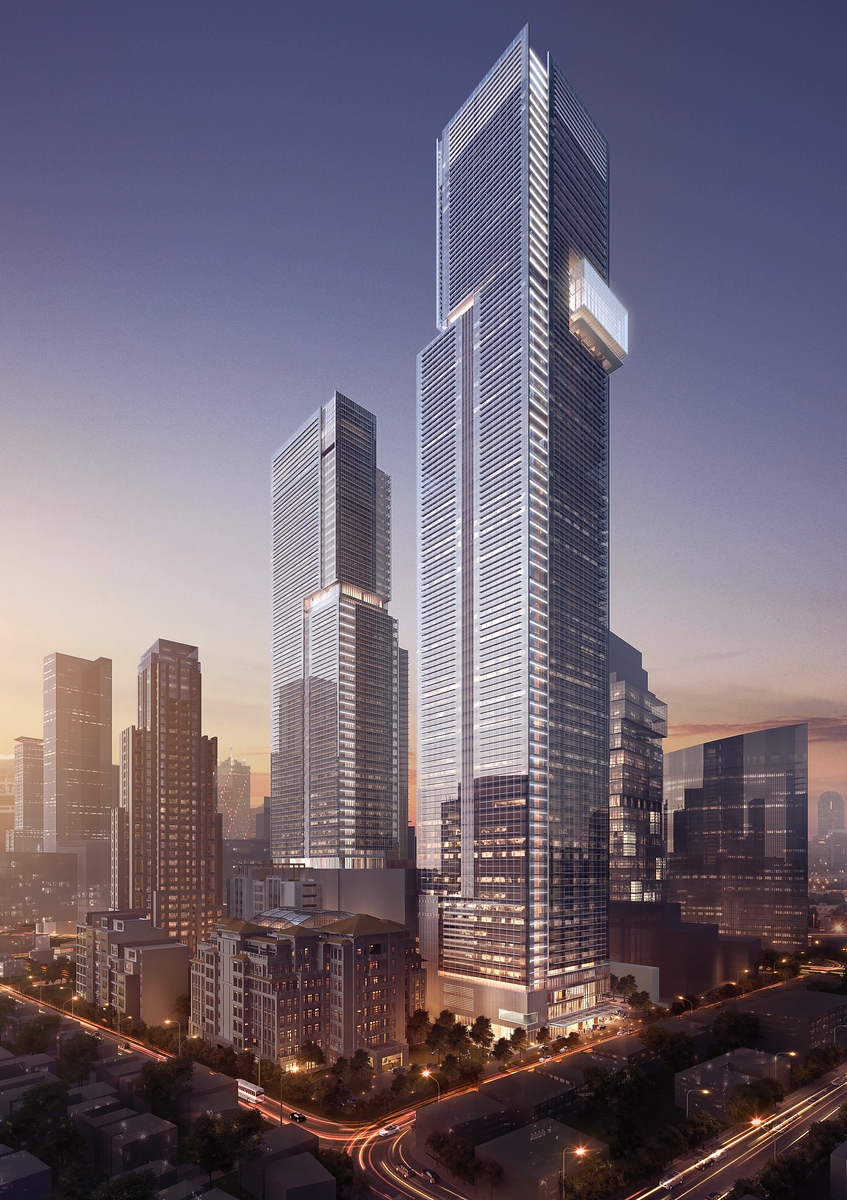 Thamrin Nine is a mixed development complex featuring two towers of 340 metres and 300 metres in height. The towers will house office and apartments, and the hotels will include the Waldrof Astoria Hotel, Park Royal Hotel and Parkroyal Serviced Suites. 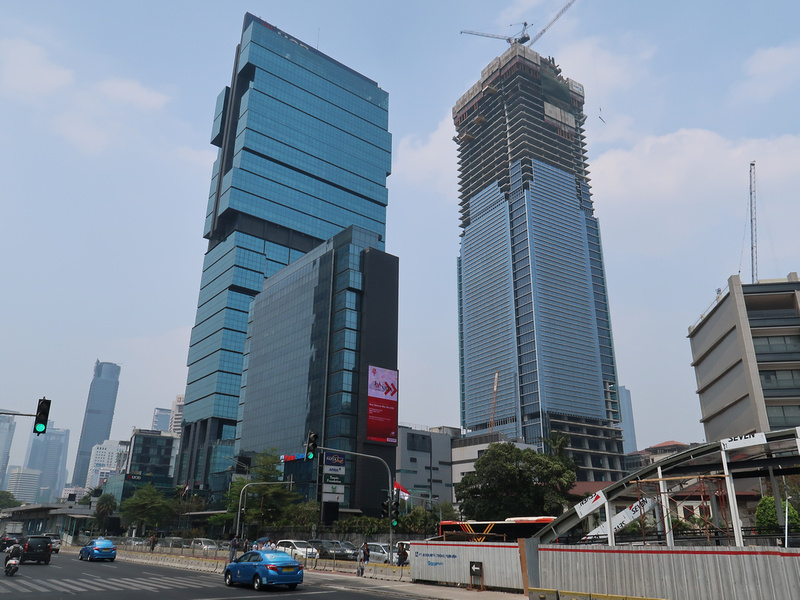 The confusingly-titled Indonesia-1 Tower is actually a twin tower project. The two 303-metre golden towers will have offices, retail space, condominiums and service apartments. The towers will be connected by tunnel to the Jakarta MRT. 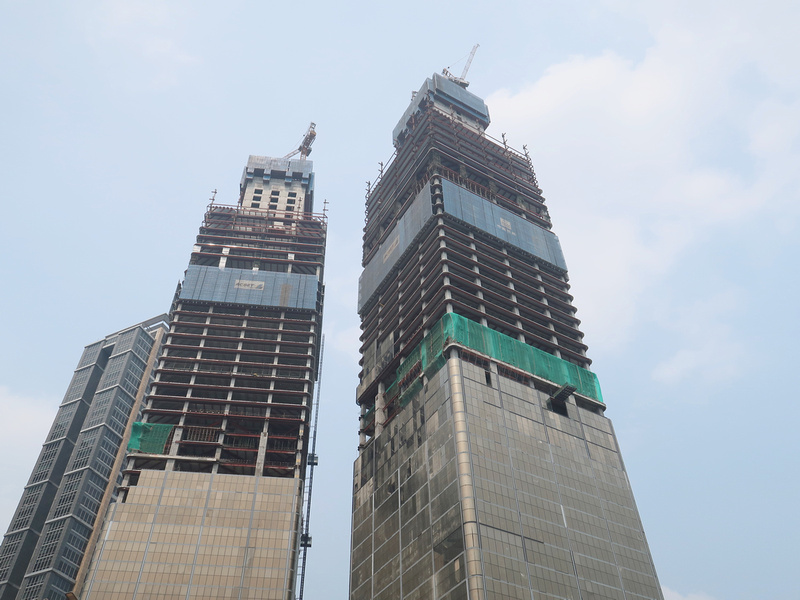 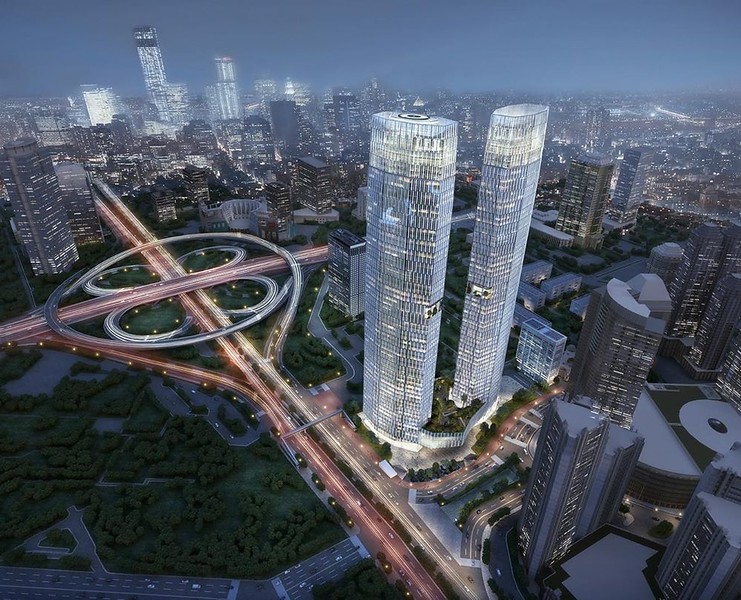 Airmas Asri announced they won the design competition for the new Financial Services Authority of Indonesia office tower, which would add another 300+m tall twin tower to the city skyline. 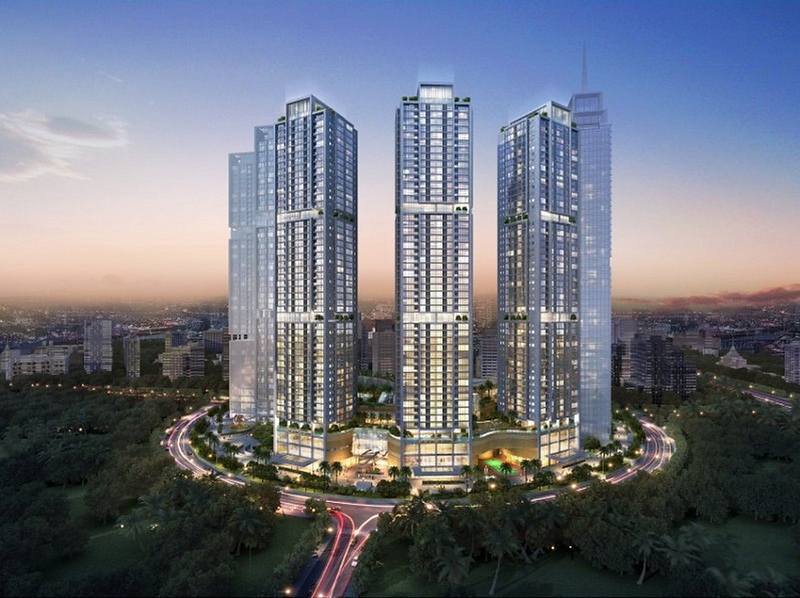 Menara Jakarta is a mixed use development consisting of six towers and a mall.

Pertamina Energy Tower was a proposed 99-storey, 530-metre skyscraper that was planned to be the new HQ of the state-owned energy company Pertamina. It was put on hold in 2015 due to “depressed oil prices”, and the latest news in 2016 had it being scaled down to a 30-storey tower. 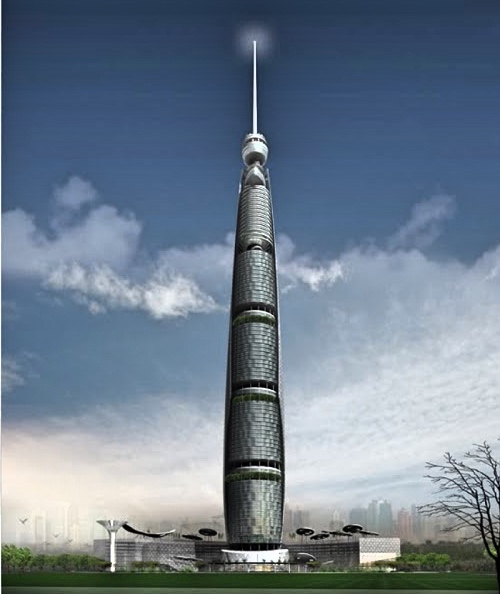 Another one for the “never built” file is the Jakarta Tower. At a height of 558 metres with an observation deck at 395.5 metres, this tower was first proposed in 2005 but it never got off the ground. It’s now the site of the Menara Jakarta project.