City of Melaka (Malacca) in Malaysia is a historic port city that still shows influences from its time of Portuguese, Dutch and British rule. The old city centre was listed as a UNESCO World Heritage Site (with Georgetown, Penang) in July 2008.

Melaka is the capital of the state of Malacca, and like Penang there is more to Melaka than the old city area that tourists are familiar with.

Outside of Old Melaka are some big urban development projects, some of which are planned as part of China’s Belt and Road Initiative (BRI). Melaka was fought over for centuries for its strategic location in the Straits of Malacca, and China is now pouring money into projects here to position itself as a trading hub.

Here are some of the major projects planned for Melaka.

Construction projects that are in planning or under construction in Melaka.

Melaka Gateway is a mixed development project on three reclaimed islands and one natural island totalling 1,366 acres in the Straits of Malacca. The project encompasses a free trade zone, maritime high-tech park, the largest private marina in Southeast Asia, residential, and business zones.

The signature tower is the Gateway Beacon Tower (288-metres).

The project was launched 2014 with an expected final completion date of 2025. Since its initial launch the project has been plagued with controversies and delays.

In Malaysia, a gargantuan Chinese-backed development bites the dust – [19/11/20]
“The Melaka Gateway project has languished since the 2018 election, when large Chinese investments came under close scrutiny.”

“M-Wez will comprise the Kuala Linggi International Port (KLIP) as the oil and gas industry services hub, the Tanjung Bruas Port as the container port and Melaka Gateway as the Melaka International Cruise Terminal (MICT).” 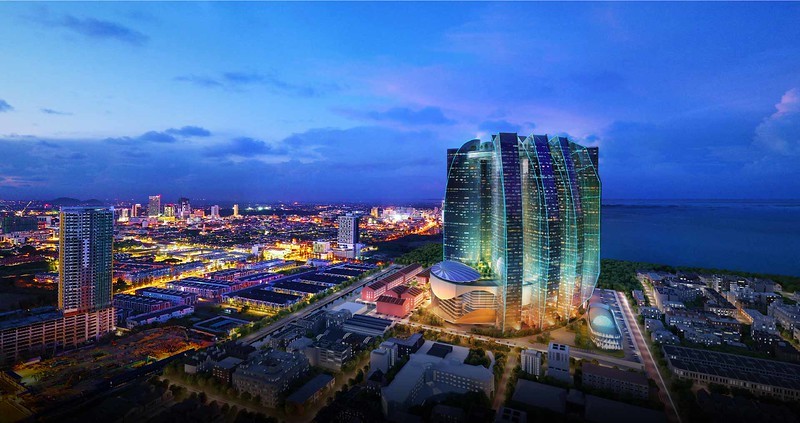 The Sail Melaka is a landmark development that will comprise of 9 linked towers resembling “a regal fleet of ships”. In addition to residences, hotels, retail shops, and offices, it will have Melaka’s longest rooftop pool, sky garden, and sky bridge. 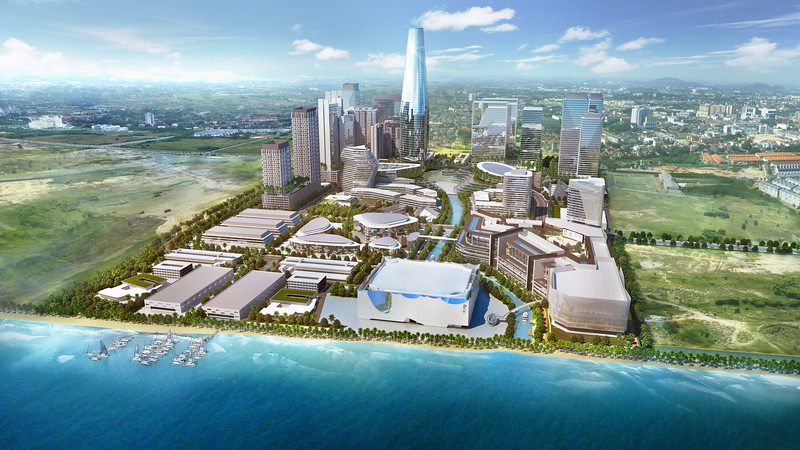 Impression City is a 138 acre integrated mixed development in Kota Laksamana, on the Straits of Malacca. The project will also include an international cruise terminal. 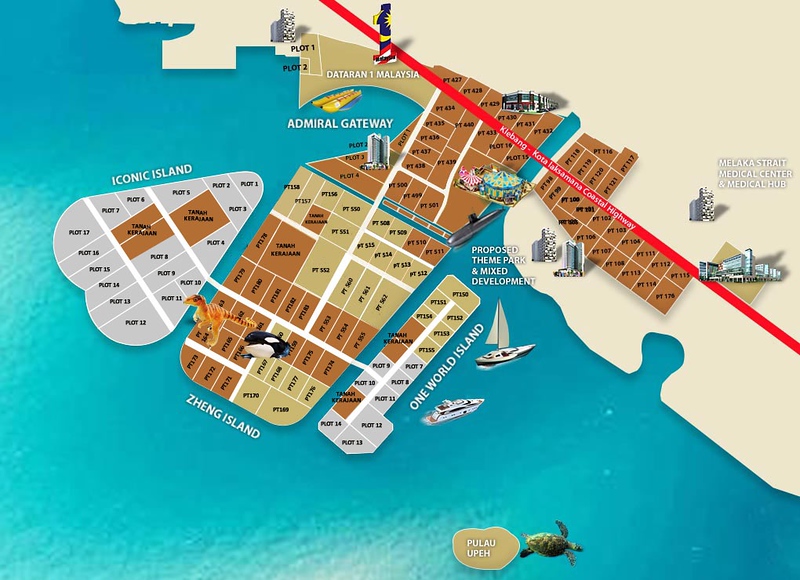 Cheng Ho City (CHC) is a proposed development on 900 acres of reclaimed land in Klebang, Malacca. This mixed use project will include tourism, commercial and residential spaces. 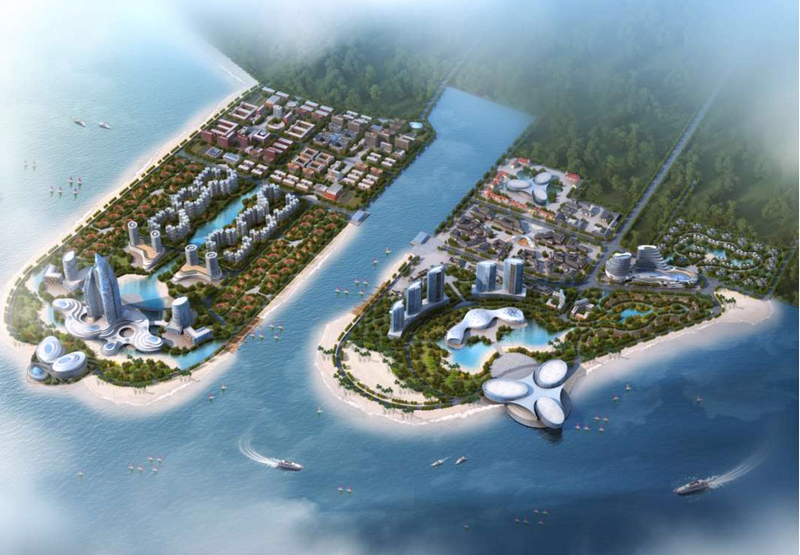 Melaka Straits City has been touted as the first block-chain city, where cash will be banned and payments made via DMIcoin blockchain tokens. The city will be built in the Malacca Straits with 635 acres of reclaimed land.

The news first appeared at FX Empire on 24 April, 2019 and it propagated across the internet on multiple cryptocurrency news sites without any further explanation.

While looking for more information about this project I found that none of the Malaysian news sites reported this. The only other site that gave this story some critical thought was Coinstelegram, who highlights on a map that there is nowhere to fit this project. 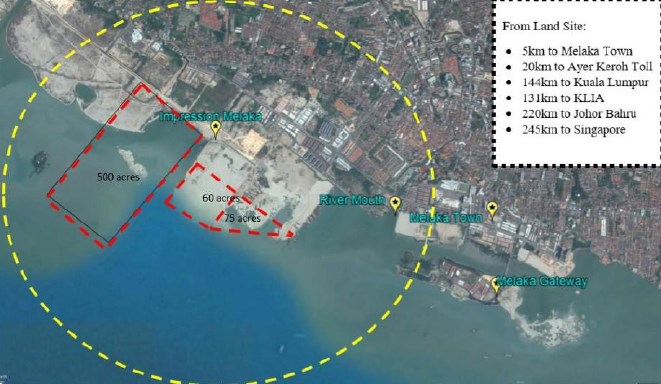 It could be that this project has taken over another project, such as Cheng Ho City. This one doesn’t make any sense and I doubt its legitimacy, but I am leaving it here for the public record.

Greenwood City is a 10-acre development on the Straits waterfront, and it includes hotels, serviced apartments, office space and retail zones. The main building will be the tallest tower in Melaka

Harbour City is located on a mad-made island and will include hotels, a shopping mall, and a theme park.

Despite Melaka being a historical trading city and tourism destination, the original KL-Singapore railway runs down the middle of the peninsula and nowhere near Melaka.

The proposed Kuala Lumpur–Singapore high-speed rail will follow a different route to the current line, running closer to the west coast of the Peninsula.

There was a station planned at Ayer Keroh for Melaka, but it is now reported to be located somewhere between Durian Tunggal and Ayer Panas.

Melaka has an international airport, though the airport is barely used. At the time of this post there was one international destination (Pekanbaru in Indonesia). It doesn’t help that Melaka is 136 km away from KLIA (the massive airport of Kuala Lumpur).

Its fortunes improved in 2019 when AirAsia launched its first domestic route from Melaka to Penang. 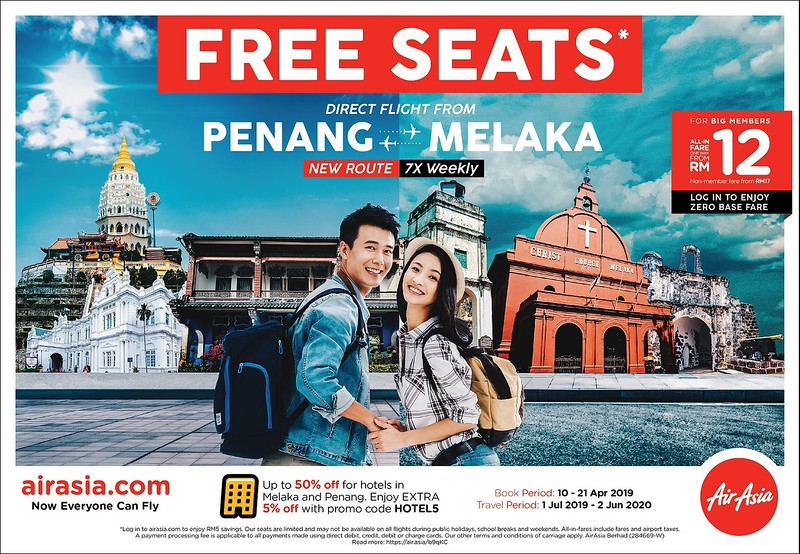 The Melaka Aerorail (not to be confused with the Melaka Monorail) was a proposed hybrid monorail/cable-car public transport system. The project has since been deferred, though it was brought up again in 2019 by a KL-based company.

The original route had it starting inland at Ayer Keroh, which is where the high-speed railway station was going to be. If/when the new railway is built, this route should be reconsidered as metro railway line.

Links and resources
Malacca Aerorail Proposal – routes & stations (Update #1) – a good summary of the project and route.
Aerorail not the solution for Malacca traffic woes – [29/06/09]