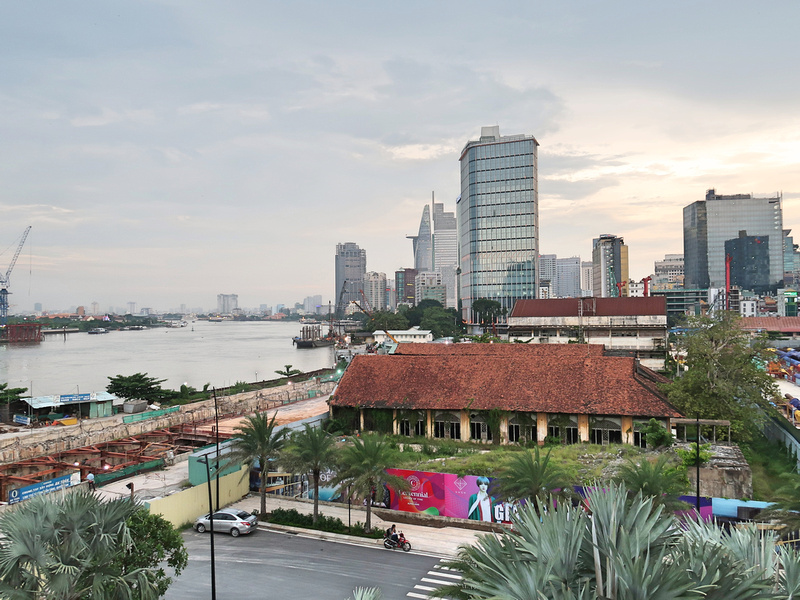 Saigon is undergoing a construction boom, which is especially apparent when you walk around District 1. The news is also filled with project announcements, though some of these are repeatedly published without actually having started. Then there are the stalled and abandoned projects that litter the city skyline. To make sense of what is going I’ll be listing the major projects into proposed, under construction, and stalled/abandoned.

These are projects that are currently under construction in Saigon. I will keep this list updated by adding new projects as they start, and moving finished projects to a completed projects page. 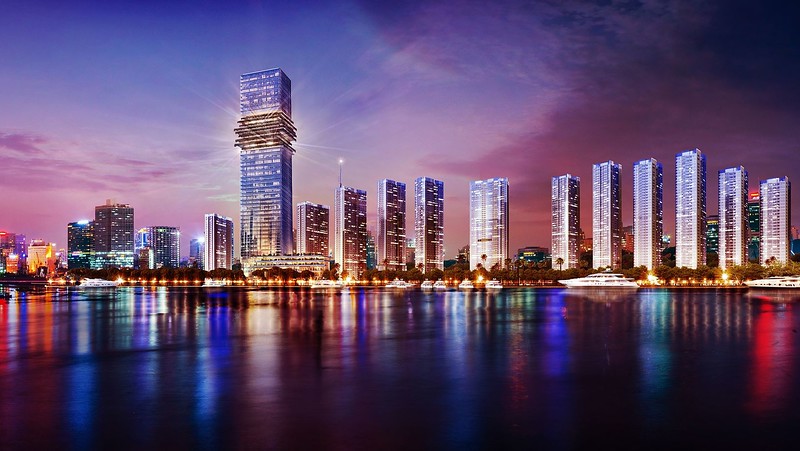 Vinhomes Golden River occupies a prime waterfront location in District 1. This development features several apartment towers and villas, and is the site of one of the metro stops on the future Line 1.

So far five towers and surrounding villas have been completed. 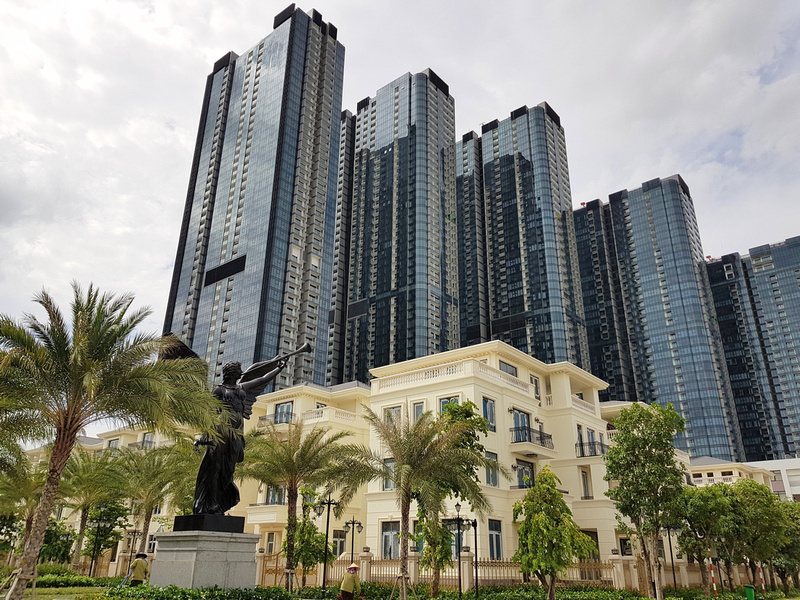 This project came at a great cost to the city’s heritage. The site is on the former Ba Son Shipyard, which had a large collection of historic warehouses and ship-building equipment. Other cities around the world have transformed their old dockland warehouses into markets, restaurants, and office space. One of the remaining warehouses has been preserved and will be a museum. There will also be a park and riverfront walkway.

Originally the whole project was by Vinhomes. Since then Alpha King took over about half of the site, and now another developer is preparing another section. There will also be an office tower and a mall with residential towers. There is no official announcement on what the rest of the site will look like, so I will update this when it is known.

The Friendship Tower occupies the block of the former Vietnam-France Friendship Association. The property is between Deutsches Haus and Saigon Tower, and work began at the start of 2018.

After being abandoned for a few years this project restarted in 2019 as Sonatus. This 25-storey office tower is being leased through Jones Lang LaSalle.

I’ve left the metro construction out of this list as it will be in the transport section, but the Ben Thanh Market and Le Loi construction requires its own section here. The Ben Thanh central station will eventually be a junction of three metro lines and it will feature an underground plaza. The traffic circle that was in front of the market has since been dug up, and it will be replaced by a pedestrian area. This is expected to be finished in 2020/2021.

Between Ben Thanh and the Opera House, Le Loi Street will have an underground walkway/shopping area that will be above the Line 1 metro. Not much information has been released about this, so we wait for further updates on what it might look like.

Details of the metro can be found here, and also see my Saigon metro concept map. 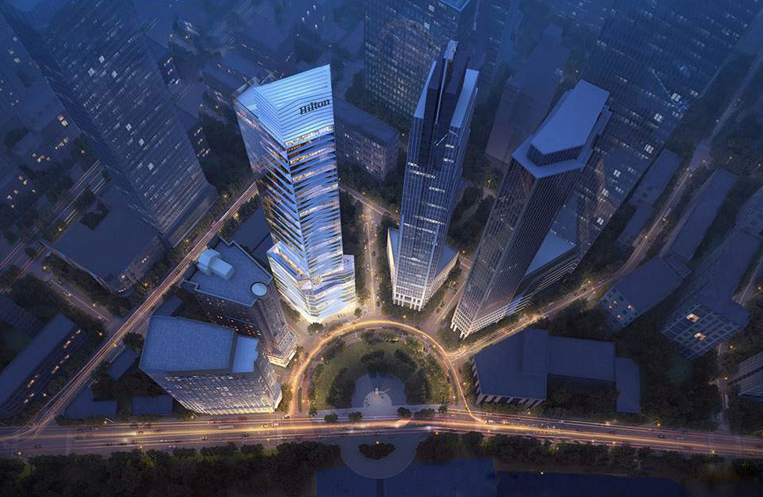 The Hilton makes its way to Saigon, filling in the last spot on Me Linh Square (and replacing what was one of the oldest buildings in the city.)

There aren’t many details of this project, though the construction company has put together a great photo essay of the basement construction. This project originally began as the Golden Hill complex in 2008, and the land remained dormant for years until it was taken over by Alpha King. This is a two-tower residential complex with a shopping mall in the podium. The project sits in the corner of a triangle of land that will form the Nguyen Cu Trinh Centre.

Around the corner from Alpha City is Alpha Town (also by Alpha King). This 35-level Grade A office building is “inspired by the landscape of Vietnam and the elegant shape of the Ao Dai”.

The Centennial is the third project to be acquired by Alpha King. This 45-level residential tower was originally part of the Vinhomes Golden River project, and this golden tower will stand in contrast next to the five blue Vinhomes Golden River towers. The first 18 floors will be serviced apartments managed by Ascott The Residence, and the rest will be private residential apartments.

The Viettel Trade Center features two towers near the busy Dan Chu roundabout, which will eventually have a station on the Line 2 metro. This riverside apartment development looks like a boxier version of the Marina Bay Sands in Singapore. Once it is finished it could be a catalyst for transforming District 8.

The project will include office, retail, and residential areas. The package includes developing roads and associated infrastructure that goes with building a city from scratch. What is being built here is still light on details, and my eyes are rolling to the back of my head as I type “eco smart city”. As with the Ecological Urban Area in Thanh Da, all building projects should already be smart and ecological. Having said that I am looking forward to seeing what designs the Lotte group bring to this project. 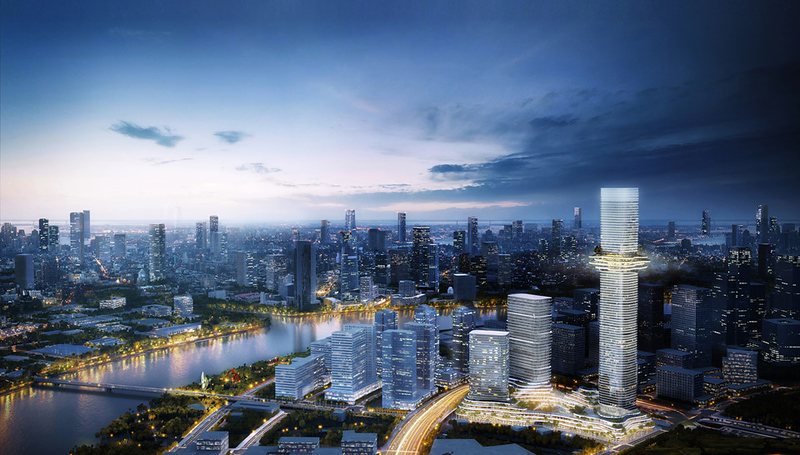 Next to Eco Smart City (separated by the park above the Thu Thiem tunnel) is Empire City. It’s location is easy to spot from the District 1 side of the river as it has a showroom building near the waterfront. This parcel of land will be developed in sections by four different companies.

Construction was first announced in 2015, then in 2017 there was a major design change with a new tower by Büro Ole Scheeren. 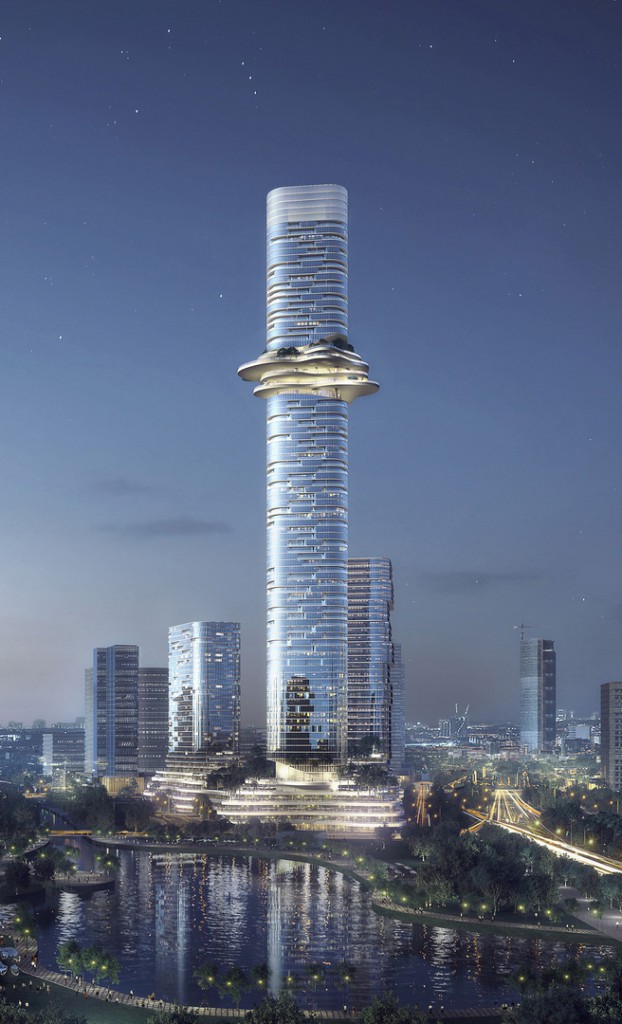 Like many of the projects in Saigon, finding accurate up-to-date information is hard going. The original tower was going to be 462 metres with 88 floors, making it almost the same size as Landmark 81. The new tower is now reported at 333 metres, though it’s still being reported as having 88 floors. That doesn’t add up, so I will be on the lookout for updated details. Full detail of the project can be found here: Empire City – The future landmark development of Ho Chi Minh City. 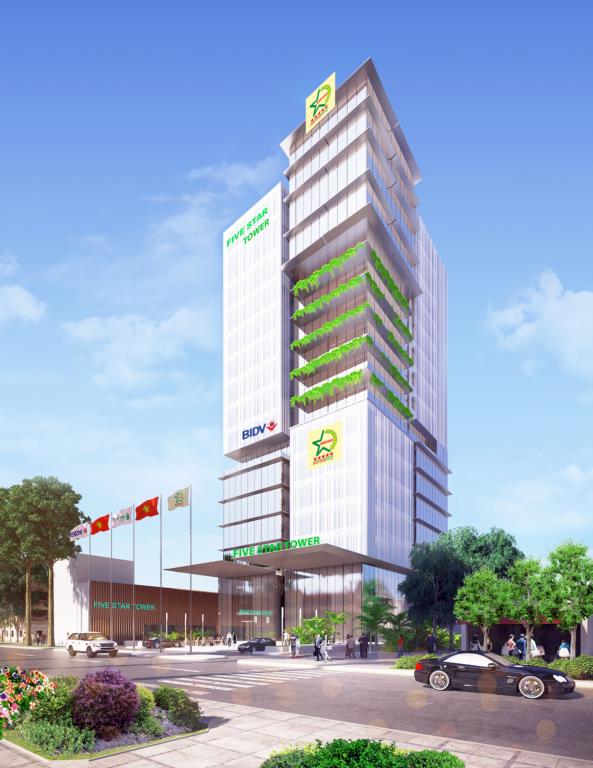 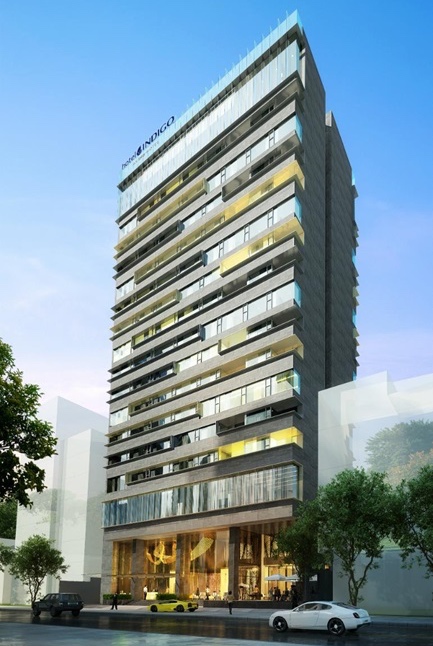 Projects that were first listed here and have since been completed.

Lets start with the big one – The Landmark 81. This tower has a self-descriptive name as it has already become a landmark of the city, and it has 81 floors. The Landmark 81 is not finished yet but it’s already is the tallest tower in Vietnam, and now the tallest building in Southeast Asia. For such a big project this has gone up surprisingly fast. The building topped out at 461.2 metres 46 days ahead of schedule.

The tower design is inspired by a bundle of bamboo, with sections tapering off to leave one final bamboo stick at the top. It’s a beautiful design that will rank proudly among the best skyscrapers in the world. It will include a hotel, apartments, and shopping.

It’s an odd design to say the least. This high-density cluster of apartments looks more like a housing commission project in Hong Kong. The apartments are facing each other rather than making the most of a river view. I’m not sure why the apartments are clustered around what should be the jewel of the city (the Landmark 81), blocking the view from District 1. On the plus side, the new park that goes with it is wonderful. Aside from naming it after an already famous park (why not give it a Vietnamese name) it’s a rare event to see a new urban park open in a big city. The park is already proving to be popular, so I hope it sets a precedent for more open space planning. The apartments are filling up now, and life on the ground level is developing, with shops and restaurants adding life to the area.